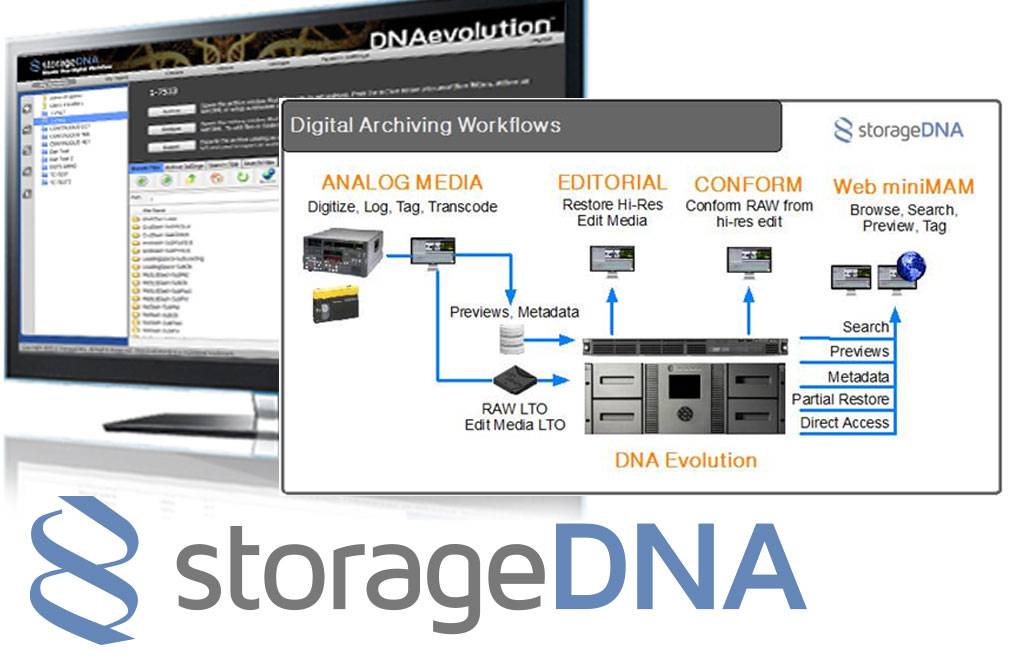 StorageDNA and Imagine Products announced a collaborated on an integrated solution that enables random access to files on an LTO tape, essentially turning it into a hard drive with dnaLTFS

StorageDNA and Imagine Products announced a new partnership at NAB and showed a new product. myLTOdna.

At NAB 2018 StorageDNA and Imagine Products announced a new partnership and showed a new product. myLTOdna

The two companies have collaborated on an integrated solution that enables random access to files on an LTO tape, essentially turning it into a hard drive with dnaLTFS — an LTFS adaptation that was never available before.

Resulting are time savings and easier access to assets in production and postproduction workflows.

The new joint solution is called myLTOdna, and it is an integration between Imagine Products’ myLTO tape-authoring application and StorageDNA’s HyperTape high performance direct access tape solution powered by dnaLTFS. The result is a simple and intuitive user interface with which to administrate HyperTape operating modes manually, or automatically.

myLTOdna is the Mac-based front-end interface for HyperTape. It allows users to switch modes of operation and direct HyperTape to train, write, and read to and from an LTO tape. With myLTOdna, users can now access files directly on tape without having to restore them for sequential operations such as transcoding, ingest, or QC. Instead, they can drag and drop files to or from tape at the desktop level at speeds exceeding 300 megabytes per second. Those benefits can save facilities hundreds of hours in time and resources.

myLTOdna benefits any segment of the media and entertainment industry in which ever-increasing amounts of content regularly exceed spinning-disk storage capacities. It is especially useful for field/camera file offloads, postproduction facilities receiving field/camera files, facilities wanting to manage their online

LTO-8 what are the numbers ?

Want to find out more about LT0-8 ?  click here
http://www.storagedna.com/lto8/

AVID, ADOBE (BIN, PROJECT) with ALE/EDL CONFORMING
DNAevolution turns LTO technology into an extension of your online storage, which intelligently integrates your workflows.  Adding Shared storage is one solution but if your looking for a smarter solution that can deal with camera archives and Hi res LTO conform  across your workflows then StorageDNA  could be for you !   Heres a typical example of how customers are using StorageDNA.

Want to find out more about StorageDNA workflows, myLTOdna and LT0-8 technology, Call Altered Images on 01932 255 666.